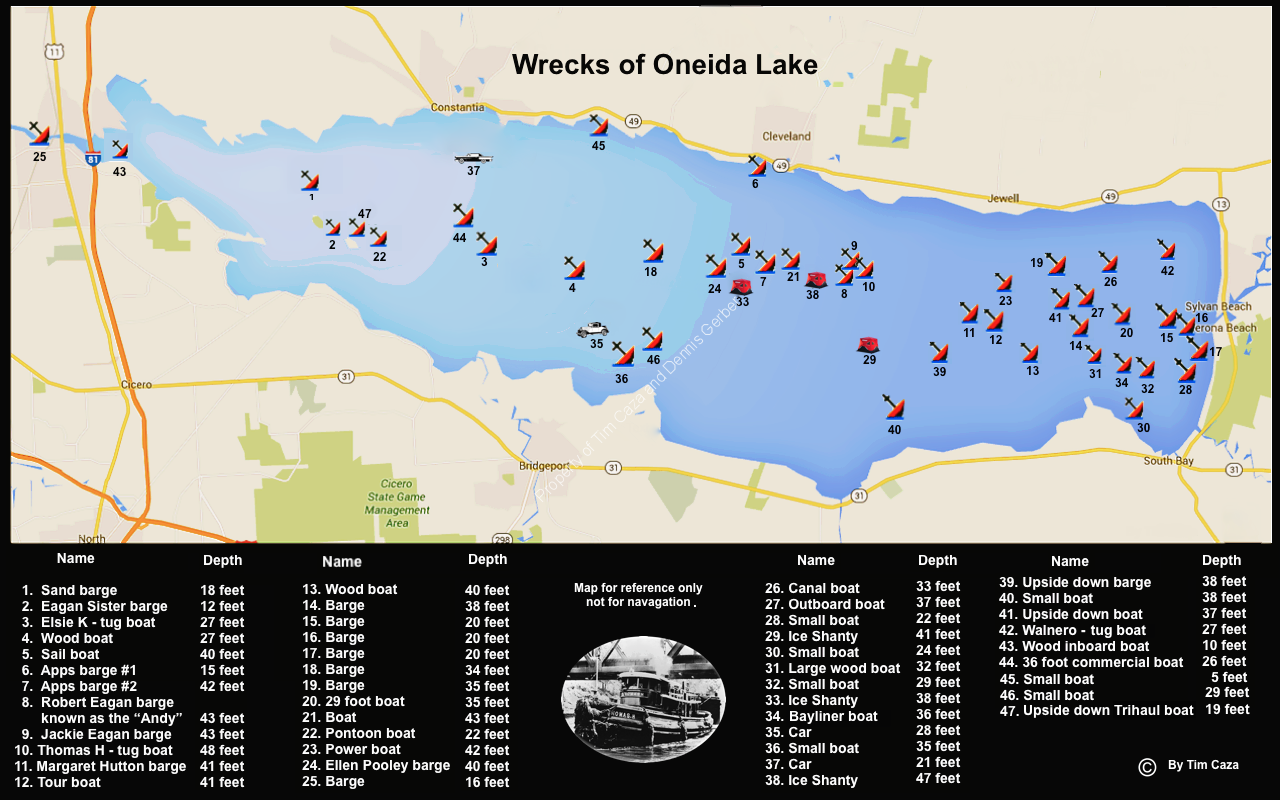 These wrecks have been discovered over the past 40 + years by Tim Caza and fellow divers Chris Martin, Tim Downing, Dennis Gerber, Jim Allen, and Frank Starczek.  Ninety percent of the lake has been covered by side scan sonar to produce these results. To date, 47 wrecks have been found.

Scroll down for more wrecks 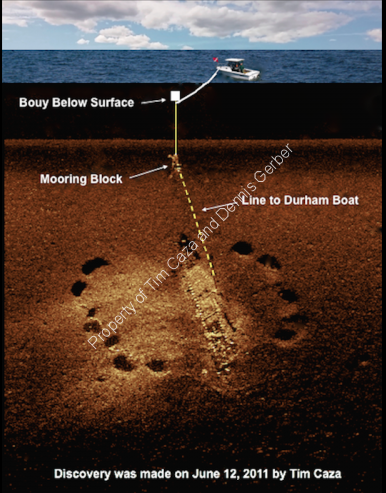 Back in 1988 there was a ten-year research project in transportation archaeology called the New York Durham Project.  The Principal Investigator of the project at that time was Philip Lord Jr.  Mr. Lord wrote me a letter on March 23,1988, in regards to this project being coordinated by the staff at the New York State Museum’s Division of Research and Collections.  Because of my work in Oneida Lake and my efforts to survey the lake, he thought that I could be of some help in the search for a Durham boat.  Oneida Lake is one location where this boat maybe found.  Mr. Lord sent me the New York State Museum Archaeological Survey registration form that I completed on February 1, 1989, and returned it.  At that point the search was on, that was 31 years ago.

The following is my story  More

Apps Barge # 1 sunk just off Cleveland in 1929.  Back in 1979, nearly 120 divers from various locations took part in the fifth annual ice dive on this barge.  It was sponsored by Club Aquarius of Syracuse and the Diving Center of Liverpool.  The barge is in 18 to 25 feet of water. 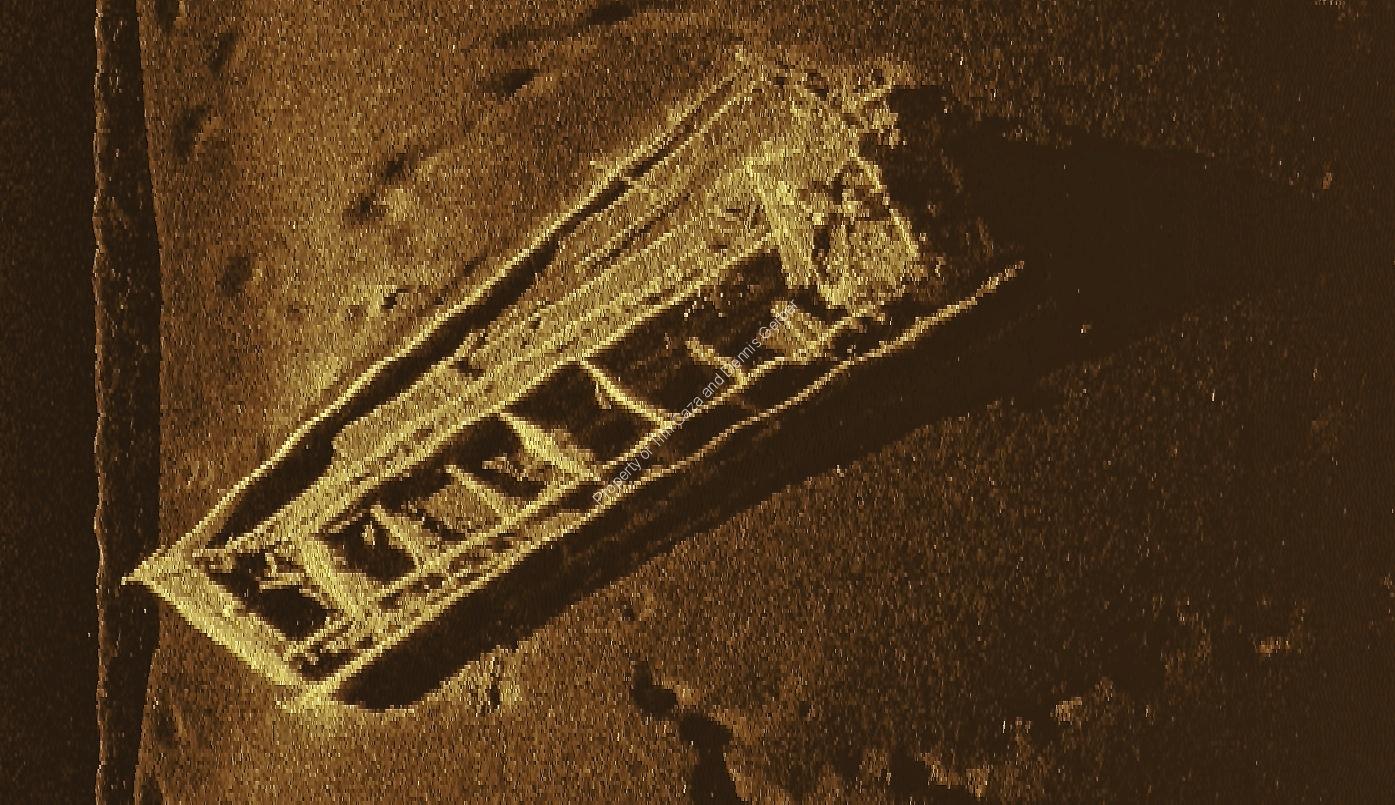 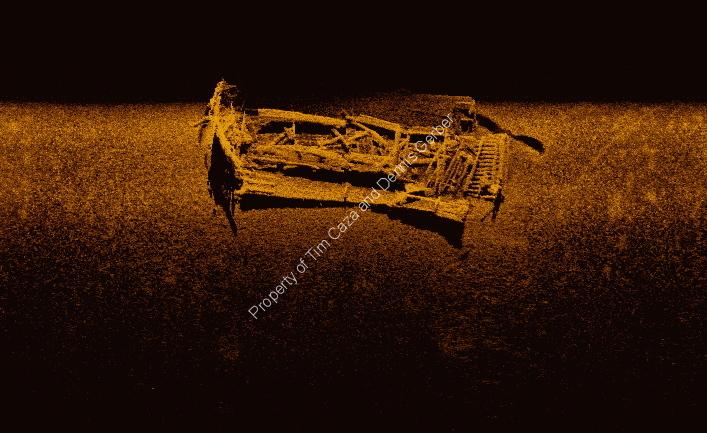 This barge is just north of Shackelton Shoals in 34 feet of water and her sides have fallen flat.

Also known as the pig iron barge broken up on the bottom.

It does have pig iron aboard and it is in 40 feet of water. 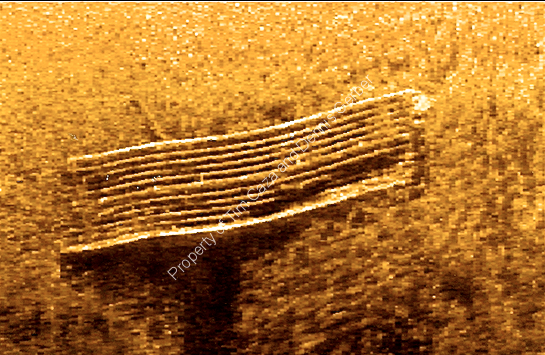 Known as the Newspaper Barge

This well known barge between Frenchmen’s and Dunham’s Island lies in 8 to 12 feet of water. 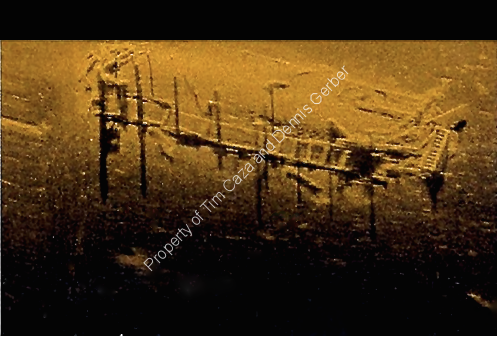 Known as the sand barge, this barge was loaded with fine sand for making glass.  It was on its way to Oswego to unload the sand.  It is in 18 feet of water off Phillips Point and is also a well known fishing spot.

The tugboat Walnero sunk off Sylvan Beach in 27 feet of water on November 14, 1925.  She was beaten down by large waves and broke up 400 feet off shore.  Four barges went to the bottom with her.  One of the barges was loaded with potash and another with salt. They were individually owned barges, towed by the tug Walnero and bound from Buffalo to New York.  Tim Caza and Dennis Gerber found the sunken remains of the tug Walnero in 2014. 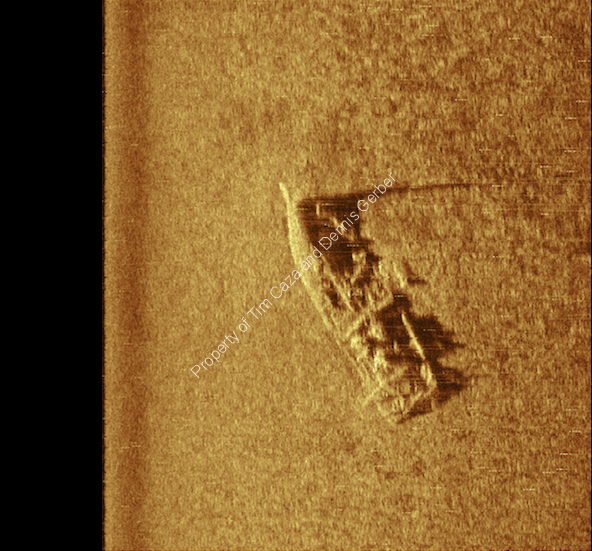 Commercial work boat with twin inboard engines.  The vessel is resting in 26 feet of water and it appears to have burnt to the water line.  It was pinged with the sonar unit in 2015 by Tim Caza and Dennis Gerber. 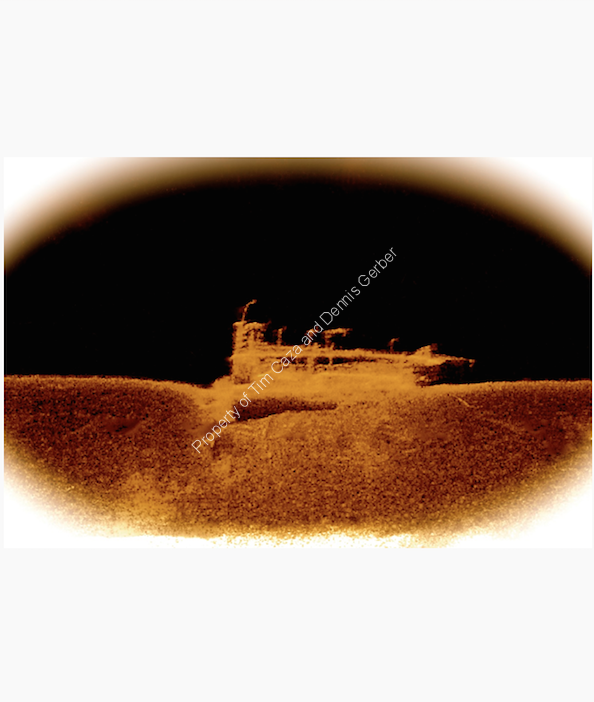 There was a new owner of this vessel that was heading across the lake from Brewerton to Sylvan Beach. The winds had picked up quite heavily on the lake and with the new owner being unfamiliar with the lake he ended up on the wrong side of the breakwall at Sylvan Beach.  He did manage to get his vessel turned around and headed back out into the lake.  In the heavy winds he decided to make his way back to Brewerton.  That turned out to be a grave mistake, his vessel now lies in 48 feet of water at the bottom of Oneida Lake. This vessel was found by Tim Downing and Chris Martin during one of their sonar expeditions. 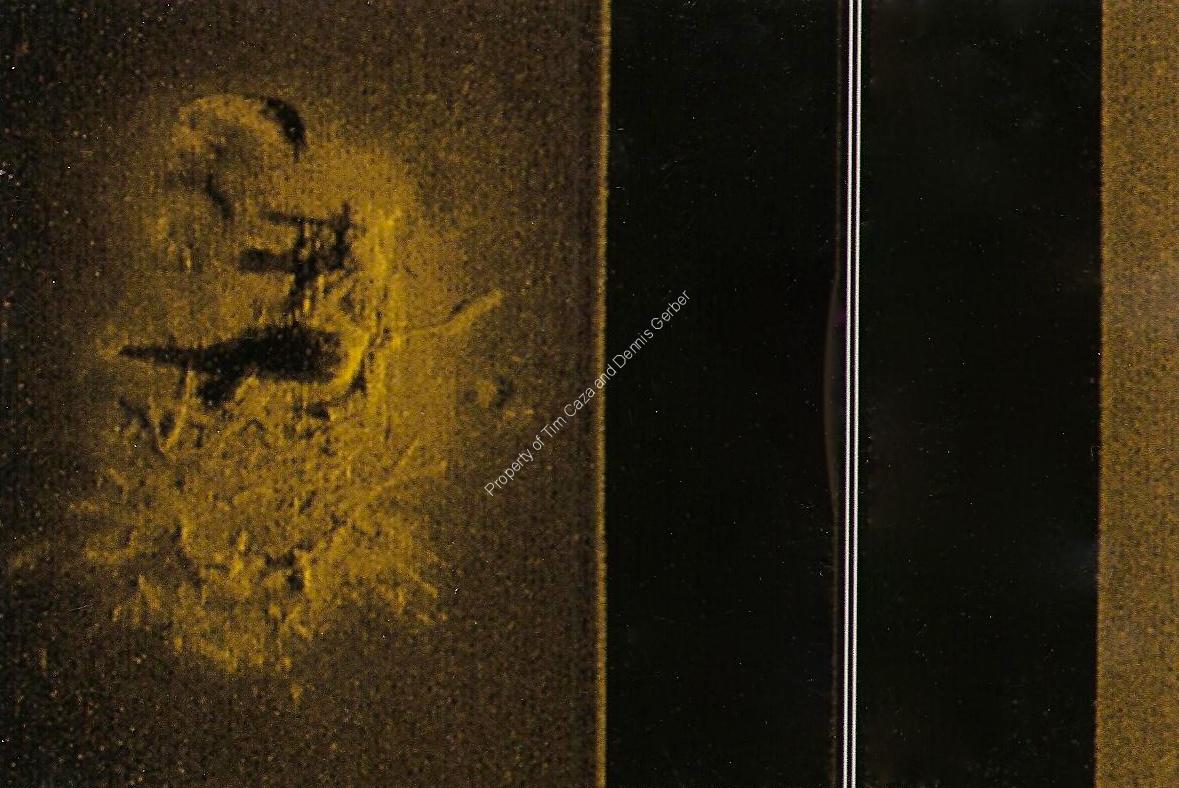 Found by Tim Downing years ago with sonar and the Elsie K is 55 feet in length.  Captain P.H. O’Neil purchased her in 1928 and crew members aboard were John Bigelow, engineer; Harold Clair, fireman; and James Glenn, deckhand. The Elsie K was heading toward Brewerton when a gale had struck the lake. 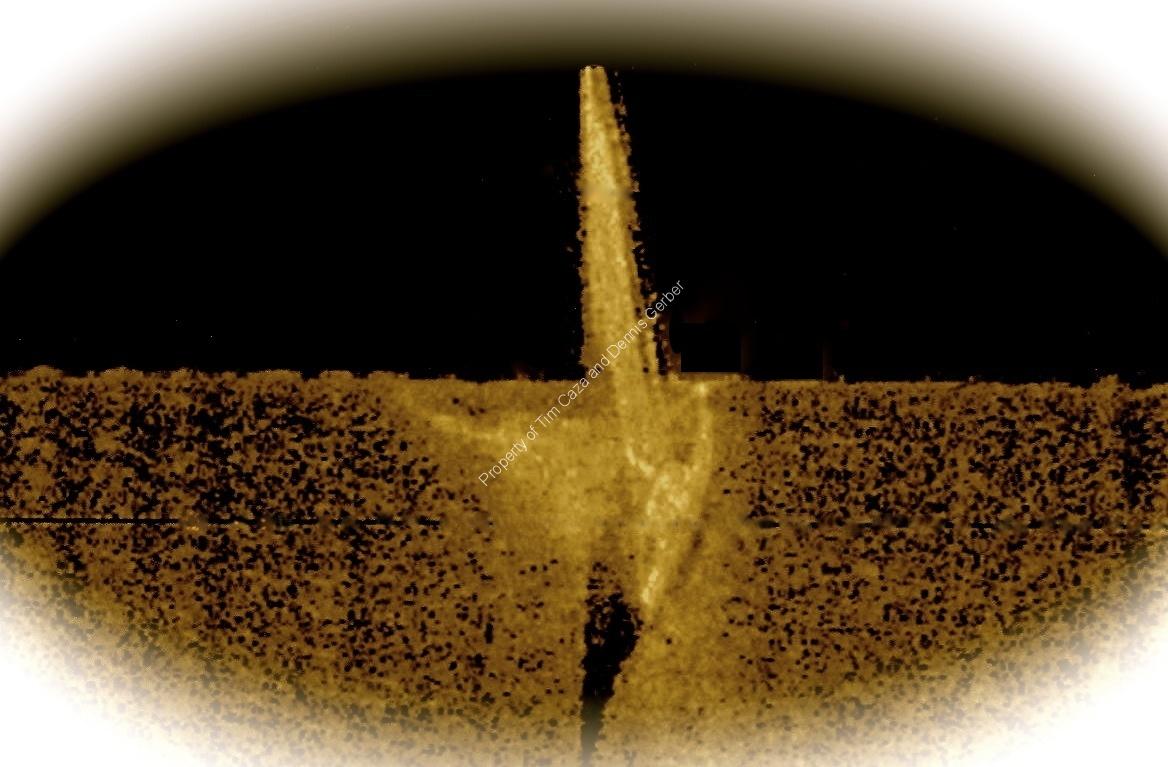 Found by Tim Downing, this sailboat was upright but now lies on its side and is in 40 feet of water. 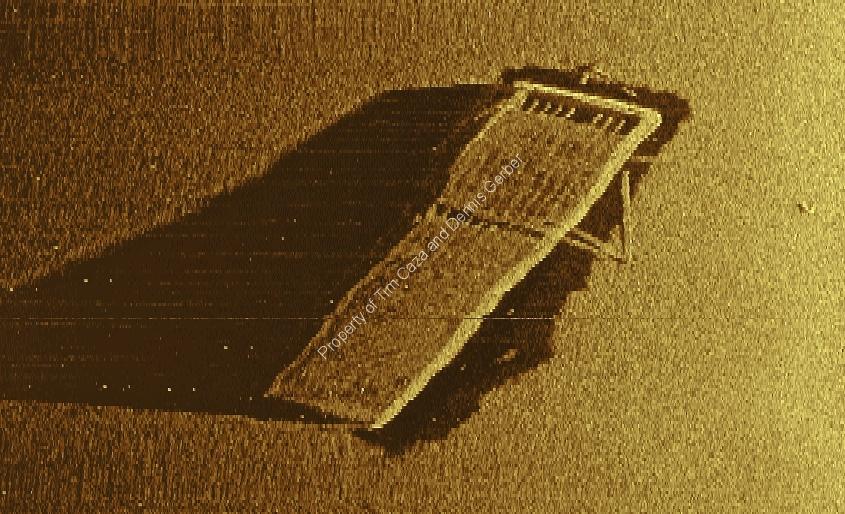 This barge is upside down in 38 feet of water and was found by Tim Caza in 2014.  He took four divers (Tom Hall, Mark Hill, Logan Killian and Brent Zerkle) out to take measurements of the barge on July 3, 2015.  It was a good day on the water.

Found by Tim Caza and Dennis Gerber on October 27, 2014, in 37 feet of water.  This high performance powerboat was in a poker run from Brewerton to Sylvan Beach and now lies upside down. 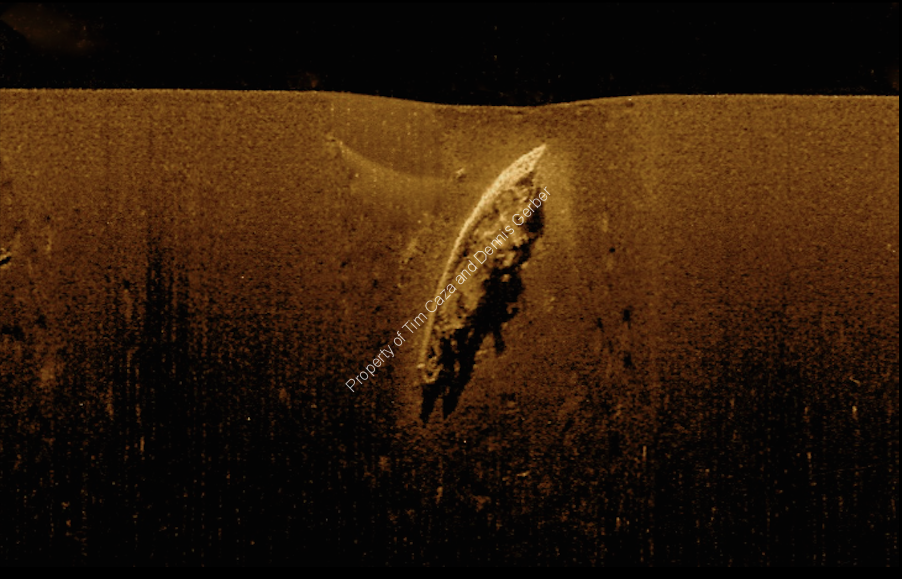 Wreck of the Thomas H

The Thomas H tugboat sank in Oneida Lake on May 30, 1945, and was discovered on May 18,1986, by Jim Allen and Tim Caza after an eight-year search. The tug was caught in a gale with winds gusting up to 45 miles per hour.  It was towing six barges when the hawsers broke and the six barges drifted into the night.  The tug's pumps could not keep up with the incoming water so the crew abandoned the tug as it sank with her lights still lit.  They made the leap to the Margaret Hutton, one of the six barges in tow.  Two of the other barges sunk nearby.  The steel tanker, Poughkeepsie, rescued the crew just as the Margaret Hutton sank two miles east of the Tug's location.  The tug and three of the six barges went to the bottom of the lake that night.

All artifacts recovered from the Thomas H were through the New York State permit process Section 233.  Permit Application No. 875-A (1) Issued on 1/15/88.  All artifacts are on display at the H Lee White Museum in Oswego for the public. 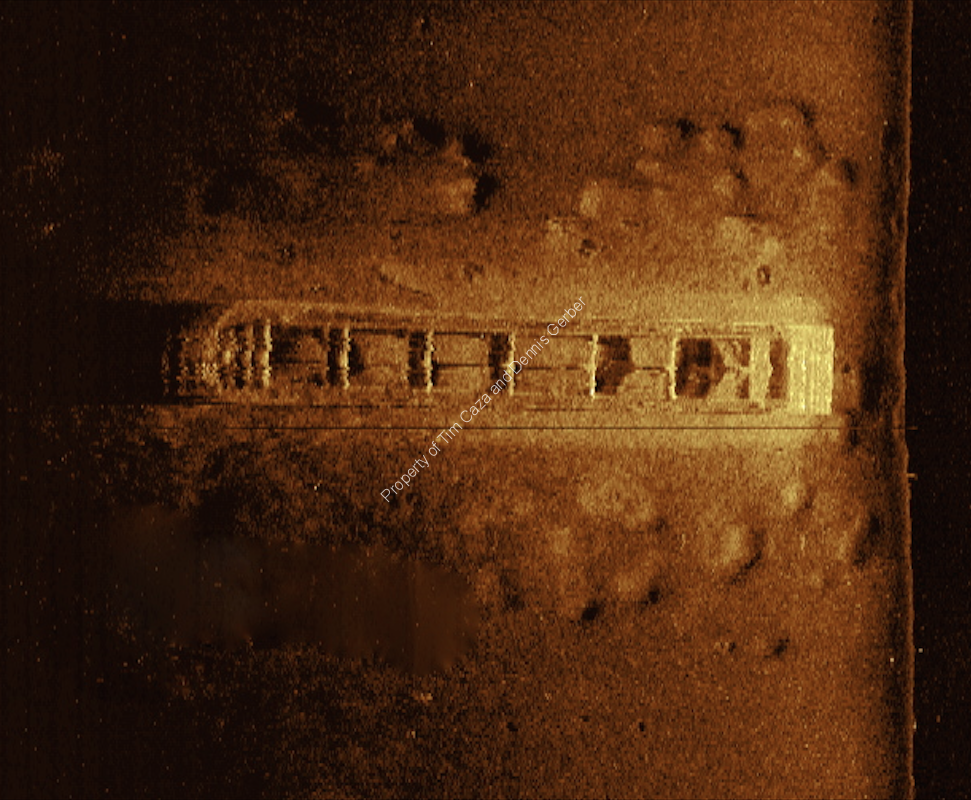 Barges that went down with the Thomas H.

The wreck of the Frank Eagen know as the Jackie Eagen

The wreck of the Andy

Other barges in the tow where the:  Turk E. Hutton, Jack Hutton, and Jane N. Hutton